In May 2018, we visited Lightbulb Grip & Electric in Brooklyn, New York, to check out how they’re benefitting from using Current RMS in the day-to-day running of their rental business.

T hroughout all corners of the world, thousands of companies have made the jump to the cloud and depend on Current RMS to manage their daily rental operations. Following the success of our last customer visit to the Event Wave Productions on the West Coast, we headed to the East Coast to hear Lightbulb Grip’s story.

Launching in 2015 as a collaboration between Adam Richlin and David Finn, Lightbulb Grip have been providing lighting gear to the film and TV industry across the East Coast for the past 2 years. Giving advice, education, and support on set for young filmmakers, they offer state-of-the-art LED lighting and rigging hardware to cover all levels of independent film production. 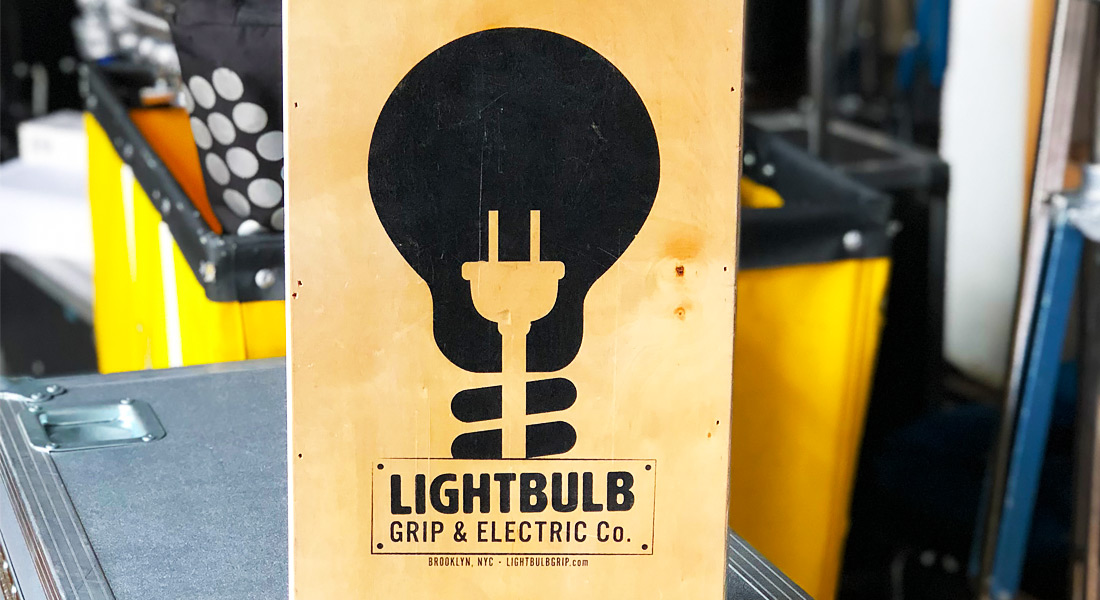 On our arrival at their warehouse in Williamsburg, NY, we chatted over a cup of coffee with Adam, David, Rony, and Sam from the Lightbulb Grip team, about their rental software journey and how they first discovered Current RMS.

Shortly after launching in 2015, we realized we had too many assets to track through spreadsheets and we needed a system to help us manage this. The thing that caught our eye with Current was being able to see availability day by day, for weeks into the future. Current knows exactly what drafts, quotes and orders are going out and what state they’re in.
Adam Richlin

Initially when looking for a solution, they wanted a system that would allow them to track the availability of all of their assets and see what was coming and going - pretty key to the running of any rental business. After trialling a variety of other software, the team decided that Current was the best fit and haven’t looked back since. 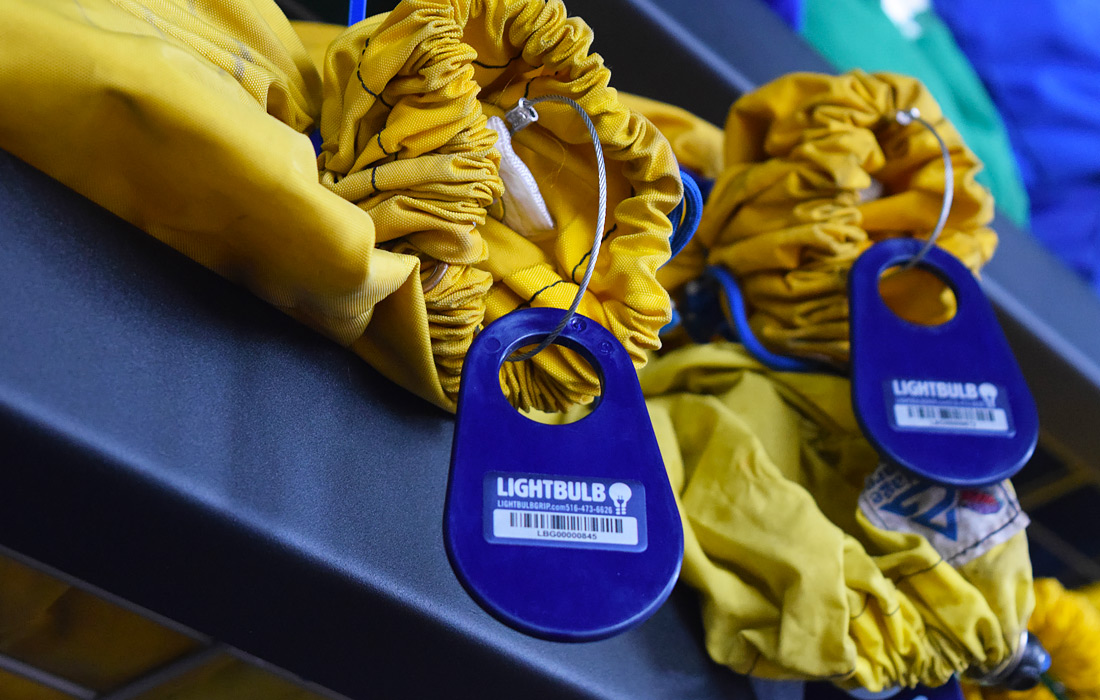 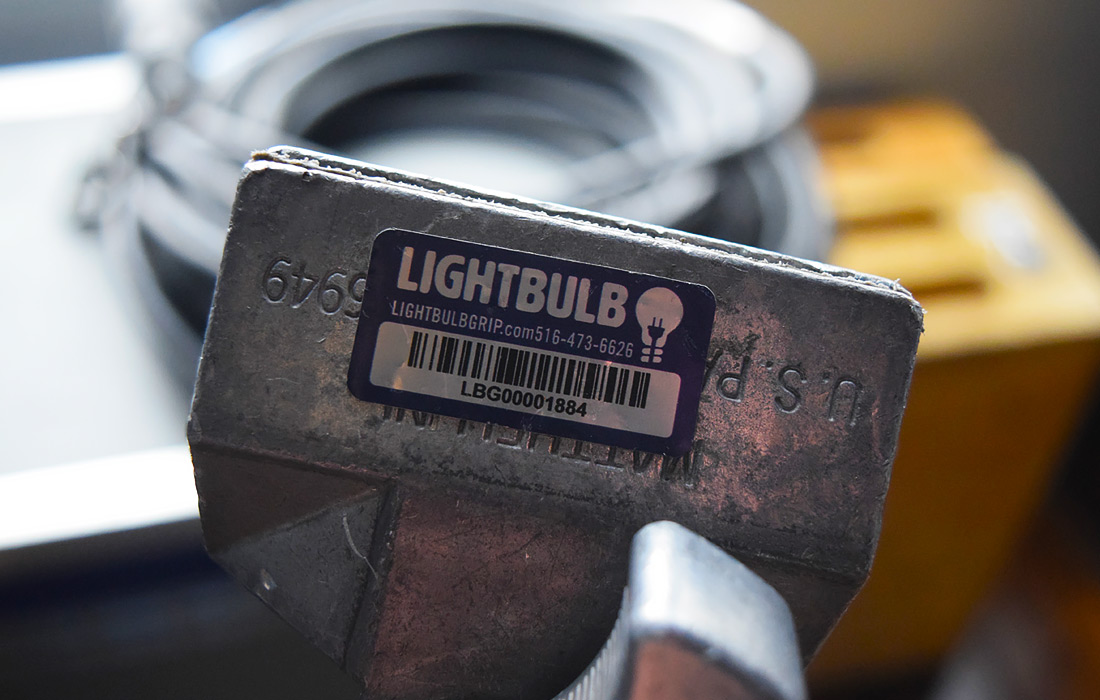 After even more coffee (hey, New York runs on coffee!), we explored their impressive warehouse, which they share with another Current RMS customer: New York City Camera Company! Amidst all the office plants dwarfed by the impressively high ceiling, it was clear just how much gear Lightbulb Grip own and why knowing where everything is - and, more importantly, where it should be - is critical for their success.

As the owner of the company, it’s important to me to be able to track how profitable we are, and since using Current, our error rate has gone down significantly, and our return on investment item by item, is up.
Adam Richlin

With the help of Blaine Dunkley, a skilled videographer based in Brooklyn, we spent the morning chatting to the team about which areas of Current they love the most and how it’s helped them in the role they hold at Lightbulb Grip. All that interviewing made for hungry work, so we treated ourselves to sushi -- and lots of it! Americans really do know how to do food! 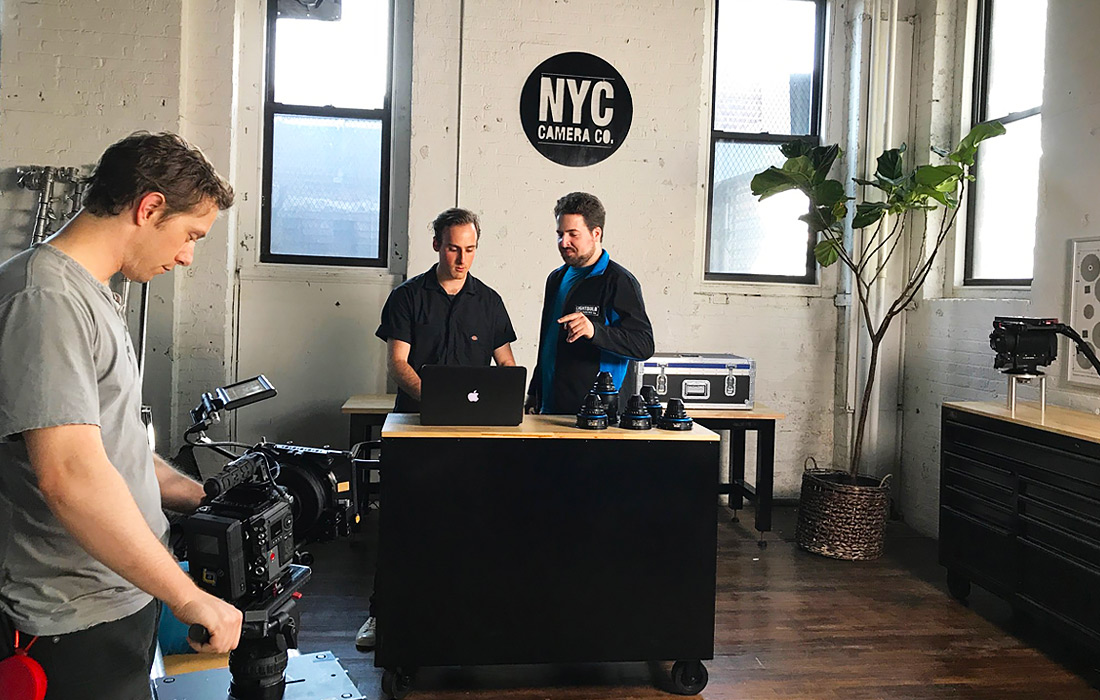 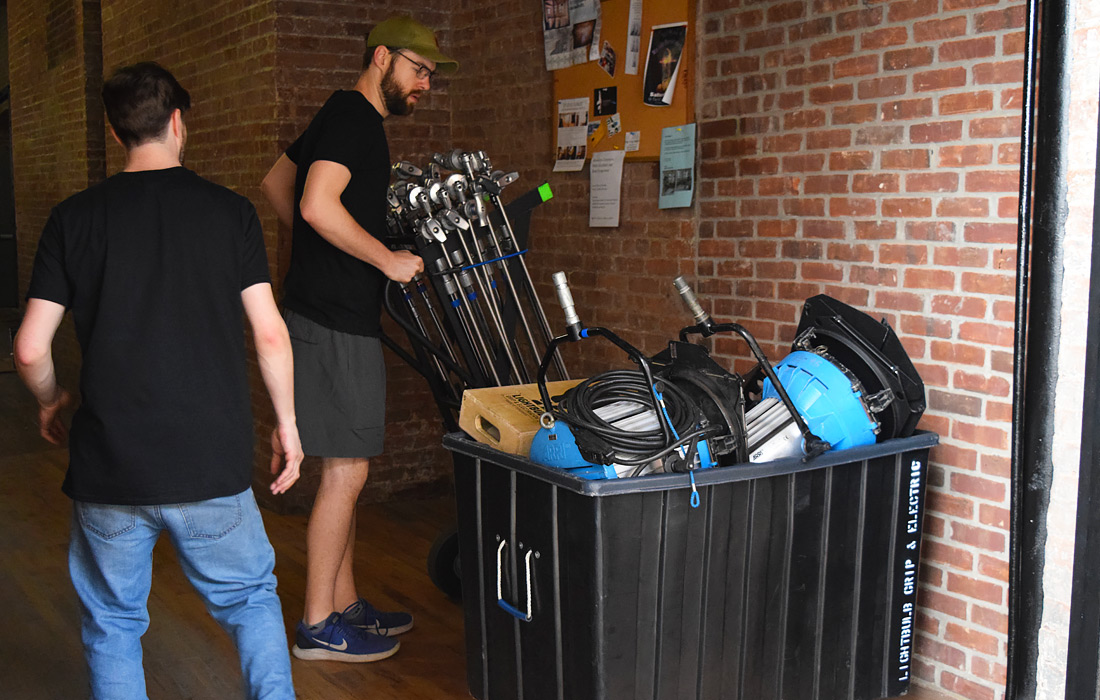 All scanned assets being wheeled our to the van, ready to go out on a job 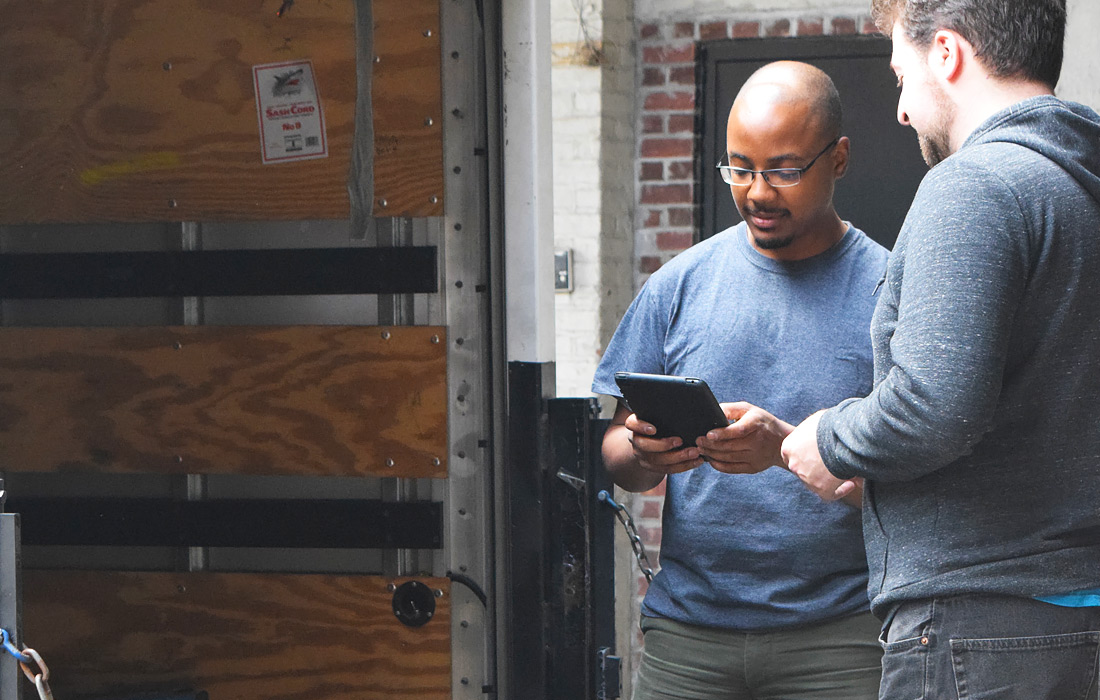 Collecting a digital signature for confirmation of delivery, straight into their Current RMS system

Having refuelled on chicken teriyaki and sushi rolls, we set to filming some b-roll shots of the Lightbulb Grip team prepping their upcoming jobs. Watching the team work, there’s no doubt that the business has really grown since they first launched in 2015. When Lightbulb Grip started using Current, they added their gear as bulk stock, which is great for simple stock tracking and keeping an eye on what quantity is available. However, after losing a few items, the team made the switch to serialized stock, giving them clear accountability of which asset went to which customer.

Lightbulb Grip now have over 13,000 assets, which they can follow throughout the entire rental cycle and track profitability on.

Now that our gear is serialized, we have a full audit trail of all our assets. We can see exactly what items have been booked out on jobs and what is still sitting in the warehouse. It provides a sense of relief knowing that our customers are getting exactly what they ordered.
David Finn

Like lots of companies, Lightbulb Grip’s vision was to reduce the amount of paper they use day-to-day. Looking around their warehouse, we can confirm that they’d certainly achieved this: it was very much a paper-free zone. 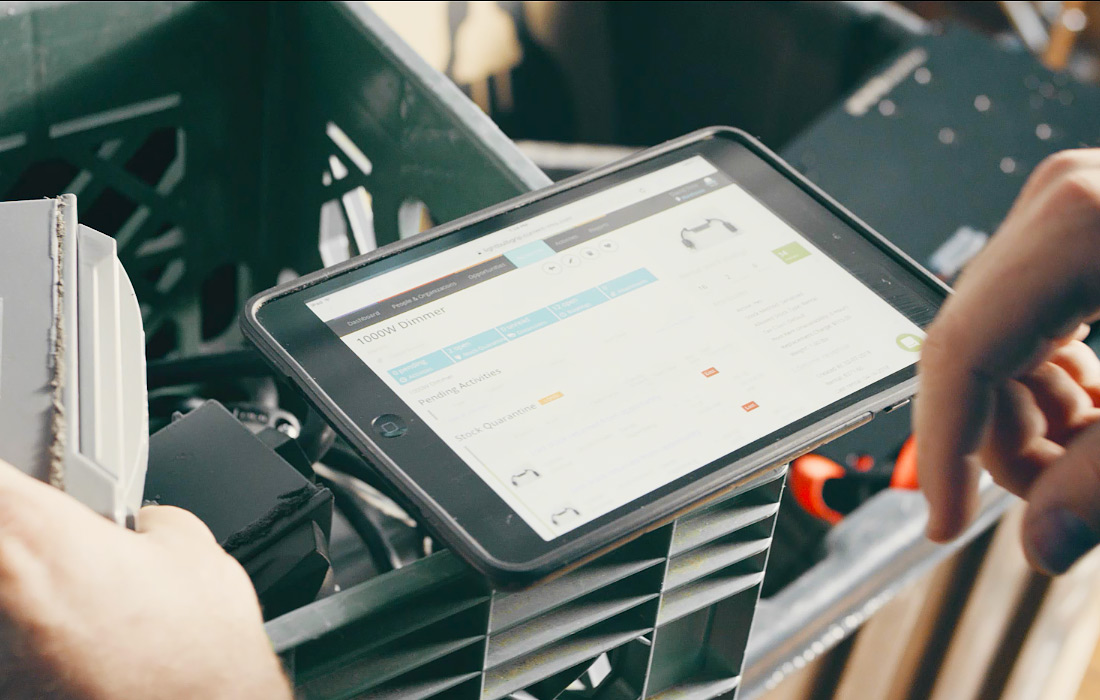 Current has allowed us to digitize our entire system. When we send out a quote or rental agreement, our customers can sign for it digitally straight from the online document, keeping everything centralized and paper free.
Adam Richlin

Not only does this keep everything organized and centralized in the cloud, reducing the chance of important documents going missing, it also means that their day-to-day processes are as environmentally friendly as possible, something that we’re keen on here at Current RMS too.

After an exciting day on-set, we wrapped up at 9pm - a normal day for companies like Lightbulb Grip. We sent our footage straight to our friends at Fat Free Media, and we’re really excited to share our newest testimonial video with you today. Thanks again to the Lightbulb Grip & Electric team and Blaine Dunkley - we had an absolute blast filming this with you!

We checked in with the team at Light & Sound Solutions from Melbourne, Australia, to learn how handy managing their rentals from the cloud really is!